"In my estimation, Wiley Post was one of the hardest working and least remembered of the early research pilots. The innovative things he did to further the cause of aviation are cogent today."
— “Eight Days East” article, first published
in Airline Pilot Magazine in 1976

Wiley Hardeman Post was born near Grand Saline, Texas in 1898 and moved to Oklahoma five years later. He became enamored with planes as a youth and dreamed of becoming a pilot. His introduction to flying came when a barnstorming troop came to Oklahoma and he filled in for an injured skydiver. Post went to work in the oil fields to earn enough money to buy his own plane. His plans were nearly derailed when he lost an eye in a work-related accident. As a result, Post had trouble with depth-perception, but ultimately he trained himself to gauge distances accurately with one eye. He took the accident compensation, about $1800, and bought his first airplane. In it he gave flying lessons, flew oilmen to their rigs, barnstormed on the weekends, and on June 27, 1927 he eloped from Sweetwater, Texas with Miss Mae Laine.

In 1928 Post became the personal pilot to F.C. Hall, an Oklahoma oilman. It was in Hall's plane the "Winnie Mae" that Post won the National Air Race from Los Angeles to Chicago in 1930; the first of many accomplishments in the famous aircraft. On June 23, 1931 he and Australian navigator, Harold Gatty, took off from Roosevelt Field in Long Island, with the goal of breaking the record for flying around the world. Eight days, fifteen hours and fifty-one minutes later, the pair touched down again at Roosevelt Field after circling the globe and smashing the previous record of 20 days and four hours. The pair became instant heroes. In July 1933, Post attempted another around-the-world record, only this time he flew solo. He equipped his plane with a Sperry gyroscope and a radio direction finder. He made the trip in seven days, eighteen hours and forty-nine minutes breaking his own record.

In 1934 Post designed his "Man from Mars" flying suit, the world’s first practical pressure suit, and made an unofficial ascent to 49,000 feet. The suit facilitated his exploration of the sub-stratosphere and helped pioneer high-altitude flight. Wiley Post predicted the development of aircraft that would provide supersonic transport and the possibility of space travel. He recognized the importance of biological rhythms and the effects of fatigue on pilot proficiency and was one of the first to conduct research in this area.

Post’s final flight was with his friend, American humorist and aviation enthusiast, Will Rogers. Rogers had asked Post to fly him through Alaska so that he could gather new material for his newspaper column. When Post and Rogers took off for Point Barrow, Alaska, on August 15, 1935, the plane’s engine stalled and the aircraft plummeted into a lake. 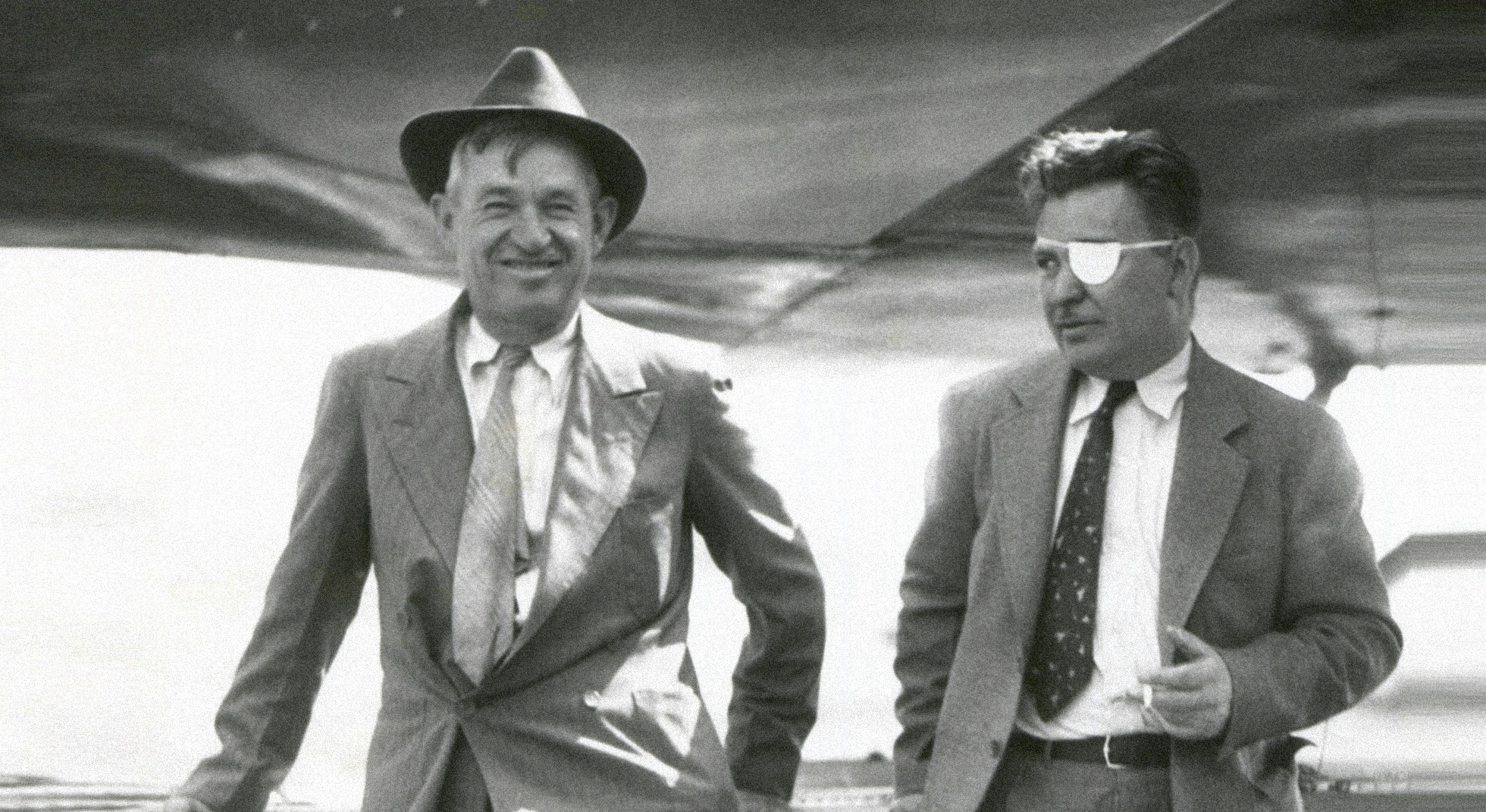 Will Rogers and Wiley Post before their flying expedition of Alaska.

During his lifetime, Post received the Distinguished Flying Cross in 1932 by an act of Congress and won the Collier Trophy in the same year. In 1934 he won the Gold Medal of Belgium and the Harmon trophy. He was given two, New York City ticker-tape parades and the keys to the City. He was honored twice at the White House by two Presidents – Herbert Hoover and Franklin Delano Roosevelt.

From his record-breaking flights to his innovations and explorations, Wiley Post made many vital contributions that advanced the science and theory of flight and made him one of the most celebrated pilots in aviation history.